A Conversation With Stephanie Prichard 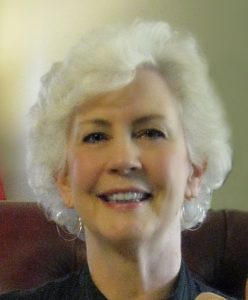 Stephanie is an army brat who lived in many countries around the world and loved it. She authored humorous online devotionals and grammar articles for several years, and co-authored two novels with her Marine Corps husband, Don. They raised their three children in Indianapolis, and now enjoy 12 grandchildren.

What did you want to be as a child (and did that dream come true)?
Stephanie: I had two wonderful dreams as a child. The first was to marry a farmer and have 12 children, with a horse, dog and TV for each kid. Fortunately, that did not come true—although I did marry a farmer’s son and have three children, with a fair supply of dogs, cats, canaries, parakeets, hamsters and guinea pigs. Only one TV, though—in the family room, with heavy restrictions on who watched what when. Aw, the sad realities of adulthood!

My second dream was to become a writer, as I loved reading and I loved entertaining my peers with stories. Fortunately, that did come true! But not until my husband, Don, who has dyslexia and seldom reads books (but is a big movie buff) decided out of the blue to write a novel. Eventually he asked me to join him, and eventually I did. We ended up making a great team—which is sorta romantic, you know! Sigh.

Where do you get the inspiration for your plots?
Stephanie: Well, that’s part of how my hubby and I make a great team. He’s the plotter, and I’m the pantster. He writes the basic plot, then I take it under my wing and, well, rewrite it. He is all about action, action, action (and quite good at it), but the characters are flat and the setting is minimal. As a pantster, I happily develop the scenes and add dimension to the characters and color to the setting. I also do the research and shape the theme. By the way, none of this happened at the snap of our fingers. We attended writing conferences, took classes, and joined a critique group. At the end of 10 years, we finally felt ready to be published.

What has been most rewarding about writing romantic suspense?
Stephanie: I love combining the fast action of suspense with the slow simmer of romance. Sort of like the combo of sweet and salty so popular today. Delicious!

What is absolutely essential for you to write?
Stephanie: There are three essentials for me as a pantster-writer. First is an unending supply of coffee—yep, I’m the embodiment of that definition of a writer as “a person capable of transforming caffeine into books.” Second is absolute quiet with no distractions (whew, we’re empty-nesters). Third is a block of time because I don’t write the story, I weave it. That requires a lot of concentration to keep hold of all the threads, and my progress is painfully slow. Snatching minutes here and there simply isn’t a reality for me. 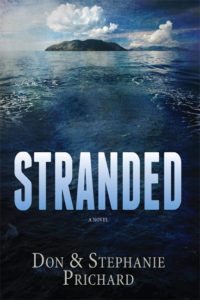 A Marine Corps reservist on an anniversary cruise with his dying wife ends up shipwrecked and bereaved with three survivors, unaware that one is responsible for his wife’s death.