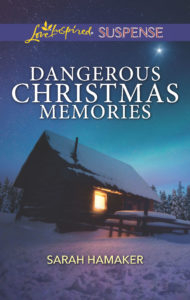 A witness in jeopardy…

and a killer on the loose.

Hiding in witness protection is the only option for Priscilla Anderson after witnessing a murder. Then Lucas Langsdale shows up claiming to be her husband right when a hit man finds her. With partial amnesia, she has no memory of her marriage or the killer’s identity. Yet she will have to put her faith in Luc if they both want to live to see another day. 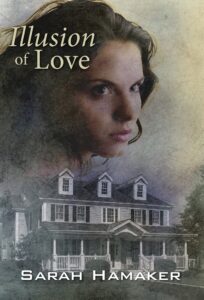 A suspicious online romance reconnects an agoraphobe and an old friend.

Nursing a hurt leg, psychiatrist Jared Quinby arrives in Culpeper, Virginia, on a case for the FBI. The investigation leads him to the doorstep of his childhood best friend, Mary Divers. Meeting Mary again is the one bright spot in his life.

Suffering from agoraphobia, Mary has at last found love with online beau David Kline and dares to dream of a future with him. Then David reveals he will be leaving the United States to become a missionary in Peru. Determined to stop living in fear, she accepts David’s marriage proposal, even though she’s never met him face-to-face.

As Jared’s case intersects with Mary’s online relationship, the more he uncovers, the more he fears for her safety. Jared tries to convince Mary not all is right with David, but she refuses to believe him. When tragedy strikes, Mary pushes Jared even farther away.

Will Jared convince Mary of the truth—and of his love for her—before it’s too late? 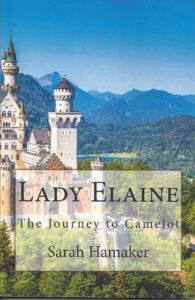 Lady Elaine: The Journey to Camelot

A retelling of the Arthurian legend from the perspective of Queen Guinevere’s fictitious younger sister, 10-year-old Lady Elaine, who would rather be climbing trees or riding her horse than learning how to be a lady. When Guinevere leaves for Camelot to marry King Arthur, Elaine is forced to come along as her lady-in-waiting. But an attack by bandits and an unexpected encounter make the journey to Camelot more exciting than Elaine anticipated. Maybe Camelot will hold more surprises than she realizes. The first volume in a planned series about Lady Elaine. This book would appeal to readers of American Girl stories, adventure stories, and those reading middle reader chapter books.

Available in both print and ebook editions on Amazon.com. 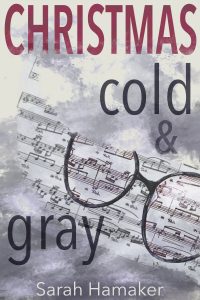 This illustrated short story set during 1980s East Berlin is a modern interpretation of O’Henry’s Gift of the Magi. See how Rainer and Verna Kopecek keep Christmas amidst the deprivations and deceit of life behind the Iron Curtain.

Available as a PDF.