A Conversation With Angela Ruth Strong 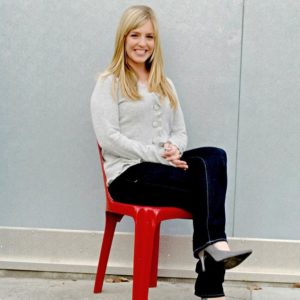 Angela lives in Idaho with her hubby and teenagers. Her books have won both Idaho Top Author and the Cascade Award, and she’s had her novels selected as TOP PICK for Romantic Times. She also started IDAhope Writers to encourage other aspiring authors along their journey.

What’s the hardest part of writing romantic suspense?
Angela: For me, I want to make jokes when things get scary. In writing my first cozy mystery, I was finally allowed to do that!

What’s the weirdest way someone has died or been killed in your novels?

Angela: The murder in this book is based on a real life situation. My husband’s coworker ended up in the hospital with what felt like a heart attack. His heart was fine, but they found the caffeine level in his blood was that of having drank over 30 cups of coffee. He’d only had one cup that morning, so he was puzzled how his caffeine levels got so high. If he’d had a heart condition, this could have been deadly.

When he got home and told his wife, she said, “Where did you get the coffee?” He said, “I made it.” She replied, “We don’t have any coffee grinds.” He pulled the bag out of the garbage to show her and realized it was instant coffee. When putting instant coffee granules in a coffee pot for drip coffee, he’d caused himself to overdose on caffeine. Mystery solved. I had to put that in a book.

Have you ever regretted killing off a character? Why?
Angela: I wouldn’t say I regretted it, but my daughter was mad at me. We were both sitting on the couch when she was reading my story, and when she got to that part, she kicked me. I was actually kind of proud of how much emotion I’d caused. Writers are mean that way.

How do you pick the location/setting of your romantic suspense novels?
Angela: Tee-hee. This is usually my favorite part. I love researching locations, but this book is a little different for a few reasons. 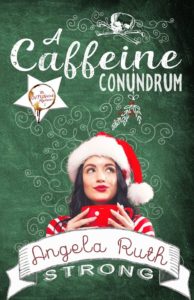 When a shop owner is killed before selling her business to the coffee lover or the tea drinker, both become suspects and team up to solve the crime.