A Conversation With Leeann Betts 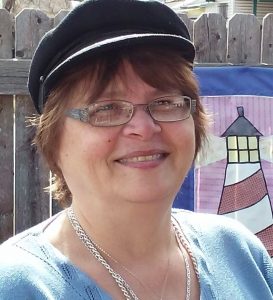 What’s your go-to when you need a pick-me-up to keep writing?
Leeann: Coffee. And chocolate. Sometimes music. Sometimes a trip to the library. I keep an appointment every Monday morning at a local coffee shop to write.

What’s the weirdest way someone has died or been killed in your novels?
Leeann: Since my current series is a cozy mystery, the weirdest thing is someone killed a character, then put the body in a car and sent it off a cliff. But someone also tried to suffocate a character by stuffing rags down the vent pipe of their furnace.

How do you pick the location/setting of your romantic suspense novels?
Leeann: I write most of my stories set in fictional locations. In my cozy mystery series, Carly lives in a small town on the east coast. I grew up around small east coast towns in Canada, so I know about them. The stories set outside that town are set in places I’ve been. The second book, There was a Crooked Man, is set on a ranch in New Mexico that our church was once considering for a retreat center. The fourth book, Five and Twenty Blackbirds, is set in a fictional town in Arizona loosely based on the town where my dad and stepmother were married.

Current book: Broke, Busted, and Disgusted
How can a forensic accountant resurrect her financial reputation when somebody seems intent on destroying it—and her? This is the fifth book in the By the Numbers series.