Stepping Stones to Suspense: A Conversation With Lynne Tagawa 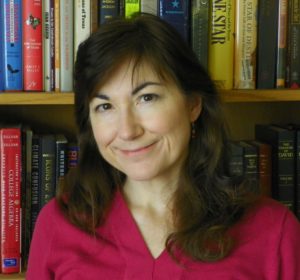 Lynne Tagawa is married with four grown sons and three grandbabies. A biology teacher, she teaches part-time, writes and edits. She’s written a Texas history curriculum in narrative form, Sam Houston’s Republic, and has just published her debut novel, A Twisted Strand. Lynne lives with her husband in South Texas.

When I was fourteen, I was going to be a scientist. You see, I had discovered Isaac Asimov’s nonfiction essays about all kinds of scientific topics, which may sound boring to some of you—maybe all of you—but he wrote so well.

He had a knack of communicating things in such a way as to make the subject interesting, and no longer was physics or biochemistry arcane and inaccessible—they actually seemed fun.

He didn’t use textbook style, but instead began sentences with words like, “You see,” And maybe I learned something then that I am only fully realizing now.

When in college studying engineering, I soon discovered I was a square peg in a round hole, or perhaps the reverse. Now that I understood what being a scientist or an engineer really meant, I knew it wasn’t for me. But I still liked science and liked to explain scientific things.

So I ended up in the college of education, then found employment as a science teacher, which I’ve enjoyed.

Then came a day when I was asked to review a textbook for an entirely different subject: Texas history.

Predictably, it was boring, written by committee. Where is Asimov when you need him? Plus, there were important things that the textbooks left out, such as Sam Houston’s conversion to Christ and rifle-toting Baptist preachers. To make a long story short, those types of things made it into my personal textbook rebellion: Sam Houston’s Republic.

Later, I wondered what I would write if I made the full leap from narrative nonfiction (my “textbook”) into real fiction. What would I write about? And where would the setting be?

It was like learning to drive a car, and I didn’t want to make it too hard on myself; I decided to stay close to home—South Texas. And if you know that I’m a science teacher, it might not surprise you to discover that one of my characters is a virus.

Not a natural one—it’s engineered. So the suspense part was kind of prefab, in a way. The trick was to weave the strands of the plot threads—the relationship, the truth of the gospel, and the bad guys—all into one coherent narrative.

It’s not Asimov or Crichton. Just lil’ ole me. But it contains scriptural truth, and that made it worthwhile to write. 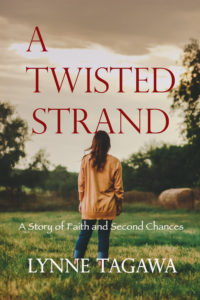 After her divorce, Rachel Davis heads to South Texas to raise her kids. Can she find the secret to making her heart whole again?