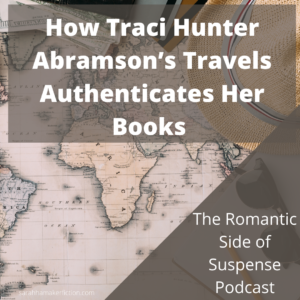 On this episode of “The Romantic Side of Suspense,” my guest is Traci Hunter Abramson, who was born in Arizona, where she lived until moving to Venezuela for a study-abroad program. After graduating from Brigham Young University, she worked for the Central Intelligence Agency, eventually resigning in order to raise her family. She credits the CIA with giving her a wealth of ideas as well as the skills needed to survive her children’s teenage years. She loves to travel and enjoys coaching her local high school swim team. She has written more than 30 best-selling novels and is a seven-time Whitney Award winner, including 2017 and 2019 Best Novel of the Year.

“I tend to write a lot of Navy SEALs, CIA type books, so basing them in DC, Virginia Beach, Virginia is often a favorite for me, but the characters being in the military or CIA are from everywhere,” Traci said. “So living in Virginia for so many years but being from the West is great. For example, if you’re talking about Virginia, one of the most common freeways is I-95, but if you’re in Utah, it’s the 15, with the in front of the number. Little things like that you wouldn’t know unless you’ve lived in different places.”

Listen to the podcast for more from our interview, plus an excerpt from Redemption. 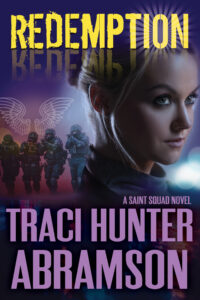 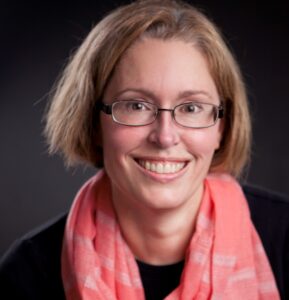 The Archeology of Writing With Sally Jo Pitts (Episode 52) 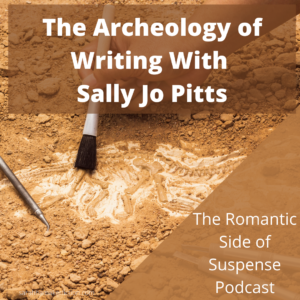 On this episode of “The Romantic Side of Suspense,” I’m chatting with Sally Jo Pitts, who writes what she likes to read—faith-based stories of romance and mystery with an unusual twist. She brings a career as a private investigator, high school guidance counselor and teacher of family and consumer sciences to the fiction page. Her real-world experiences fuel her passion to share how faith can bring hope in the face of conflicts that she puts her characters through. Residing in north Florida with her spunky schnauzer, Gibbs, Sally Jo enjoys hot mochas, old movies, and writing scenes from scribbled notes that clutter her house.

“What I wanted to do as a career as a child was archeology,” Sally Jo says. “Writing also has got that concept of digging, you have to dig into your subject and your topic and your characters and what’s going happen. Archeology fascinated me, finding the tombs and treasures… and writing fits that whole concept of discovery because as a writer I do that daily.”

Listen to the podcast for more from our interview, plus an excerpt from Autumn Vindication. 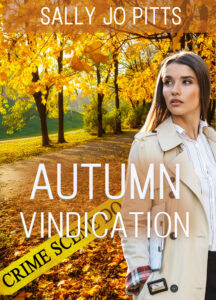 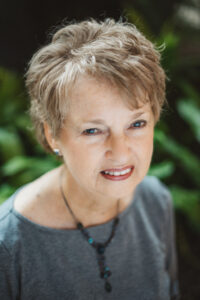 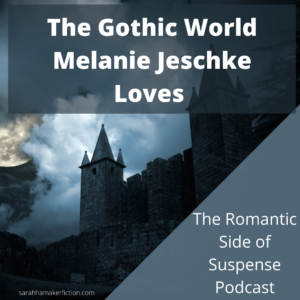 On this episode of “The Romantic Side of Suspense,” I’m chatting with Melanie Jeschke, the author of The Oxford Chronicles, a historical romance series set in the Oxford of C.S. Lewis and J.R.R. Tolkien, (Inklings, Intentions, Expectations, Evasions) and Jillian Dare a retelling of Jane Eyre. An honors’ graduate of UVA with a MA in English Literature from GMU, she is currently an adjunct professor of English. Melanie has studied at Oxford University and has traveled extensively in the United Kingdom, where she sets her stories. Melanie lives in beautiful Belmont Bay with her husband, Bill Jeschke, senior pastor of The King’s Chapel, and has nine children and a plethora of grandchildren.

“I was inspired by author Deborah White Smith, who did some updated versions or modern-day tellings of some Jane Austen books,” Melanie says. “I loved her books and I love Jane Austen, and thought, ‘I could do this’ with one of my favorite classics, Jane Eyre. … I love the whole gothic suspense thing that goes on in Jane Eyre and that could easily be reset to today.”

Listen to the podcast for more from our interview, plus an excerpt from Jillian Dare.

Why Mindy Allows Crayons on Her Walls (Episode 50)

On this episode of “The Romantic Side of Suspense,” my guest is Mindy Steele. Raised in Kentucky timber country, Mindy has been writing since she could hold a crayon against the wall. Inspired by her rural surroundings, her books are peppered with humor, and sprinkled with grace, charming all the senses to make you laugh, cry, hold your breath, and root for the happy ever after ending. Mother of four, Mindy enjoys coffee indulgences, week end road trips, and researching her next book. Represented by Julie Gwinn of the Seymour Agency, she has four novels releasing in 2021: To Catch A Hummingbird from Vinspire, An Amish Flower Farm with Hallmark Publishing, Christmas Grace with Entangled, and His Amish Wife’s Hidden Past with Harlequin’s Love Inspired imprint.

“I don’t write in crayon anymore but I do have a closet door with a map going up on the wall that some artist family members are building a mural of Miller’s Creek, which is where most of my books’ settings are just so I can keep track of the roads and who lives in what house,” Mindy says. “So they’re allowed to draw on the walls of my office for that.”

Listen to the podcast for more from our interview, plus an excerpt from His Amish Wife’s Hidden Past.

On this episode of “The Romantic Side of Suspense,” I’m chatting with Andrew Huff, author of the action-packed Shepherd Suspense Series from Kregel Publications. The first book in the series, A Cross to Kill, was a finalist in the Mystery/Thriller categories of both the 2020 Foreword INDIE awards as well as the 2020 ACFW Carol Awards. Huff is an accomplished novelist as well as screenwriter and has worked in the church media and entertainment industry after spending 10 years as a leader in local church ministry. He currently calls North Texas home where he and his beautiful wife, Jae, raise their two boys and rescue dog.

“As a younger man, I was really interested in filmmaking,” Andy says. “When I’m writing a scene, I may [visualize it as a movie]. In my Shepherd suspense series, there are scenes in each of the books that play out as if I were watching a movie in advance of me writing it. … I take that and start diving into how do I turn this into a written scene.”

Listen to the podcast for more from our interview, plus an excerpt from Right Cross.