“Who?” Jared squeezed her hand.

Mary bit her lip. “I think Wildcat might be my imposter of a father, Ed Divers.”

“What made you think that?”

“The name Wildcat.” She waved her hand in the air. “It was the memory device he taught me to remember our phone number. 945-3228. The numbers spell ‘Wildcat.’”

Jared passed his hand over his eyes and reached for his phone. “Let me text this to Will.” He keyed in the message and his phone buzzed almost as soon as he finished typing.

“Here’s Will’s reply: ‘Thanks for the tip, will check it out.’ I guess that’s all we’ll know for now.” He slipped the phone back into his pocket.

He followed her into the kitchen. “What are you going to do about the painting?”

“What can I do? I can’t get it back.” She shrugged, not wanting to admit how much the loss of the painting hurt. Of course, she expected that her marriage and new life in Peru would be more than enough of a distraction. After all, one didn’t hang expensive paintings in a grass hut, or wherever structures the Amazon tribes lived in these days. But seeing the empty space reminded her more these days of her foolishness in being conned by David.

“Isn’t there a seller’s remorse clause in your auction contract?”

“You mean if I change my mind within a certain time frame the sale would be voided?” She filled the teakettle, then turned on the burner.

She shook her head. “No, and even if there was, I have the money in my bank account already.”

“You were smart to keep most of the funds from the sale in a separate account.” He leaned against the kitchen counter.

“Was I? I don’t feel very intelligent.” She pulled out the tea casket and offered it to Jared. He selected a chai variety, while she opted for a caffeine-free white pomegranate. “Your words about not completely trusting someone I hadn’t met gave me pause, and that’s one reason why I didn’t put all the sale money into the joint account.”

“And here I thought you weren’t listening to me.”

Mary fanned her suddenly warm cheeks. “I should have listened more. I should have known David was leading me on. It all seems so obvious now.”

She blew out a breath. “Exactly. I was so starved for male companionship, I literally leapt at the only man who expressed interest in me.”

He edged closer, his hip touching hers. “Not the only man.” He brushed a strand of her hair off her shoulder.

The heat from his body made her pulse race and the expression in his eyes reminded her of their kiss. Her breath quickened. “He’s not?” She struggled to keep up her end of the conversation.

Jared shifted his body so she was pinned between him and the counter, but his closeness didn’t stir panic. Instead, she longed to lean into him and borrow some of his strength to keep herself upright.

“What do you mean?” She managed to speak the words coherently, but the way his hand made small circles on her back made thinking difficult.

“Maybe this will help you understand.” Jared stepped back and cleared his throat. She wished he hadn’t moved away as the air around her felt cold without his body next to hers. “There was a little boy and a little girl,

Lived in an alley;

Mary smiled, her heart lifting at the familiar words of the nursery rhyme. She picked up her part, as she had long ago when they were kids. “Says the little girl to the little boy,

He reached up a hand and cupped her cheek.

Butterflies took off in her stomach as he leaned closer until their lips were mere inches apart. She closed her eyes and his lips pressed against hers in a kiss that was sweeter than their earlier one. Her hands slid up his chest and she grabbed a fistful of shirt to keep her legs steady.

The teakettle whistled and Jared broke their kiss. Mary turned around and clicked off the burner, keeping her back to Jared. Emotions bubbled below the surface like water boiling, feelings she hadn’t felt for David. Why she thought she had loved David when the mere touch of Jared’s hand sent her pulse into a tailspin.

Jared’s arms wrapped around her shoulders and his face snuggled down next to hers. “Don’t you know by now that I’ve been in love with you since we were kids?”

Her heart thudded as elation, passion, and fear, tumbled down a hill like Jack and Jill. “Jared, I don’t know what to say. I’m, well, rather confused.” She felt his body stiffen and he released her. She shivered at the physical disconnection.

“Look at me.” His soft voice commanded her to turn around.

She faced him and gazed into his eyes, which always reminded her of a clear summer sky.

“I’m not trying to rush you into anything.” He picked up her hand and caressed it with both of his. “I know there are still lots of questions about what’s happened. But I want you to know, you don’t have to face it alone. I want to be here for you.”

Mary looked down at their hands. “I know. It’s a bit overwhelming.” She returned her gaze to his face. “My emotions have taken quite a rollercoaster ride these last few days.”

“You have had quite a time of it lately.” He squeezed her hand. “But I’m not going anywhere. When you’re ready, we can talk about our future. Until then, I promise to be your friend.”

Returning the pressure on his hands, she smiled. “A truer friend I have never known.”

Disclaimer: This is a work of fiction. Phantom Love is copyrighted and cannot be used in any form without permission from Sarah Hamaker. 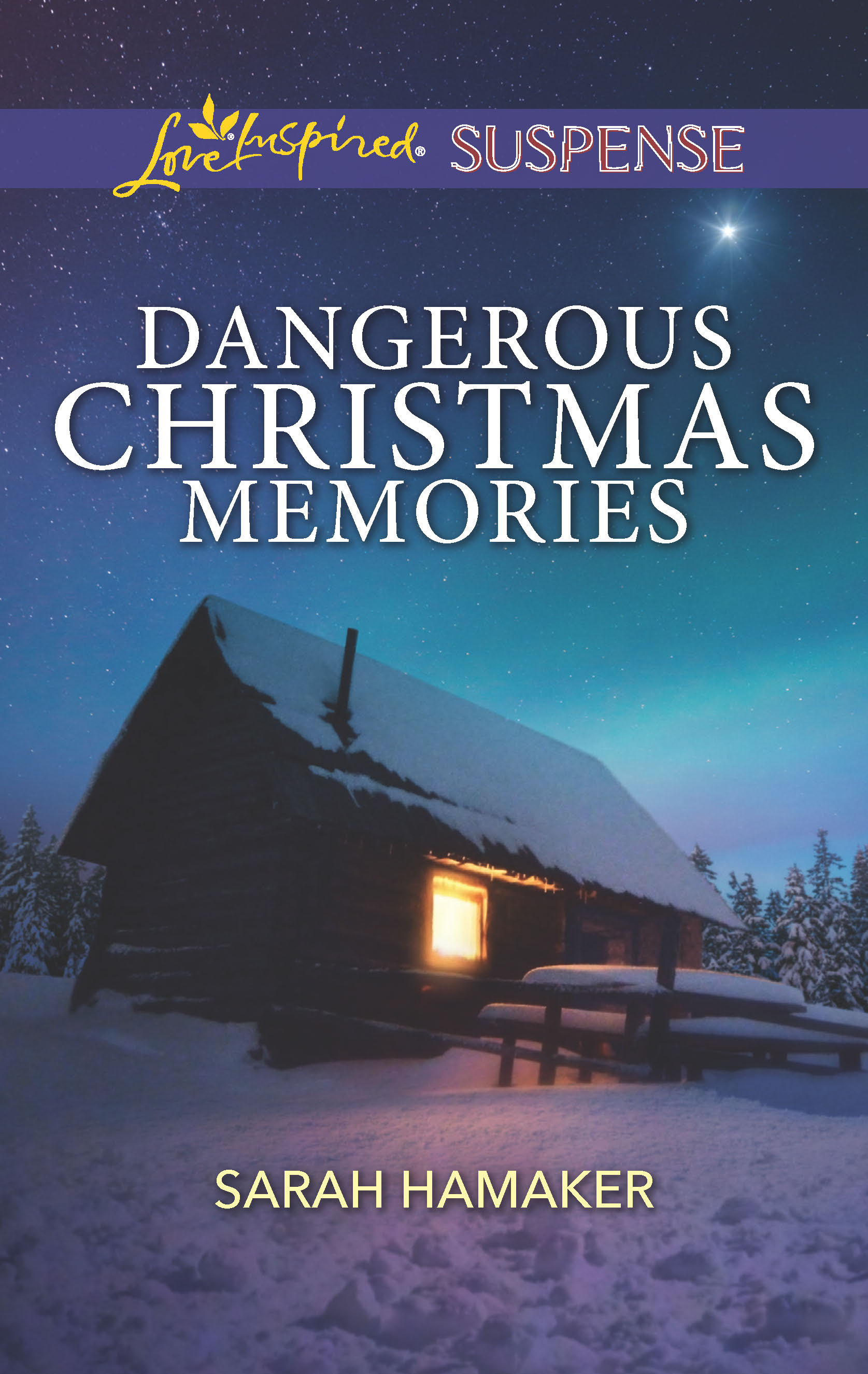 A witness in jeopardy… and a killer on the loose. Hiding in witness protection is the only option for Priscilla Anderson after witnessing a murder. Then Lucas Langsdale shows up claiming to be her husband right when a hit man finds her. With partial amnesia, she has no memory of her marriage or the killer’s identity. Yet she will have to put her faith in Luc if they both want to live to see another day.

Dangerous Christmas Memories is out! Order your copy today at these retailers: